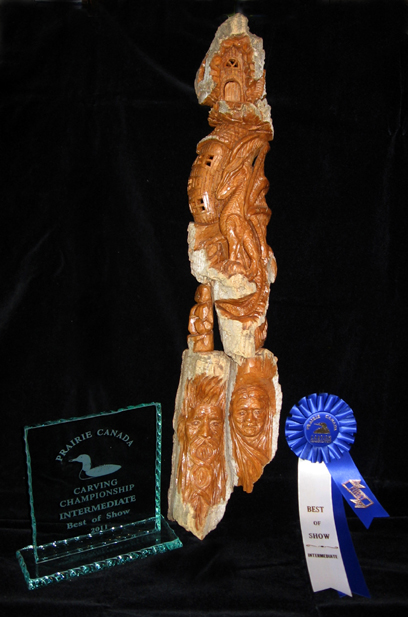 The "Best of Show" award was given during the Carving Championship in Winnipeg, MB. This is a judged show for carvers only. Carvers use this opportunity to display their work for competition and to learn from more experienced carvers and judges.

I was very pleased and honored to be given these awards by the various clubs.

I learned a great deal about various finishes and carving techniques from the other carvers amd judges attending the shows.